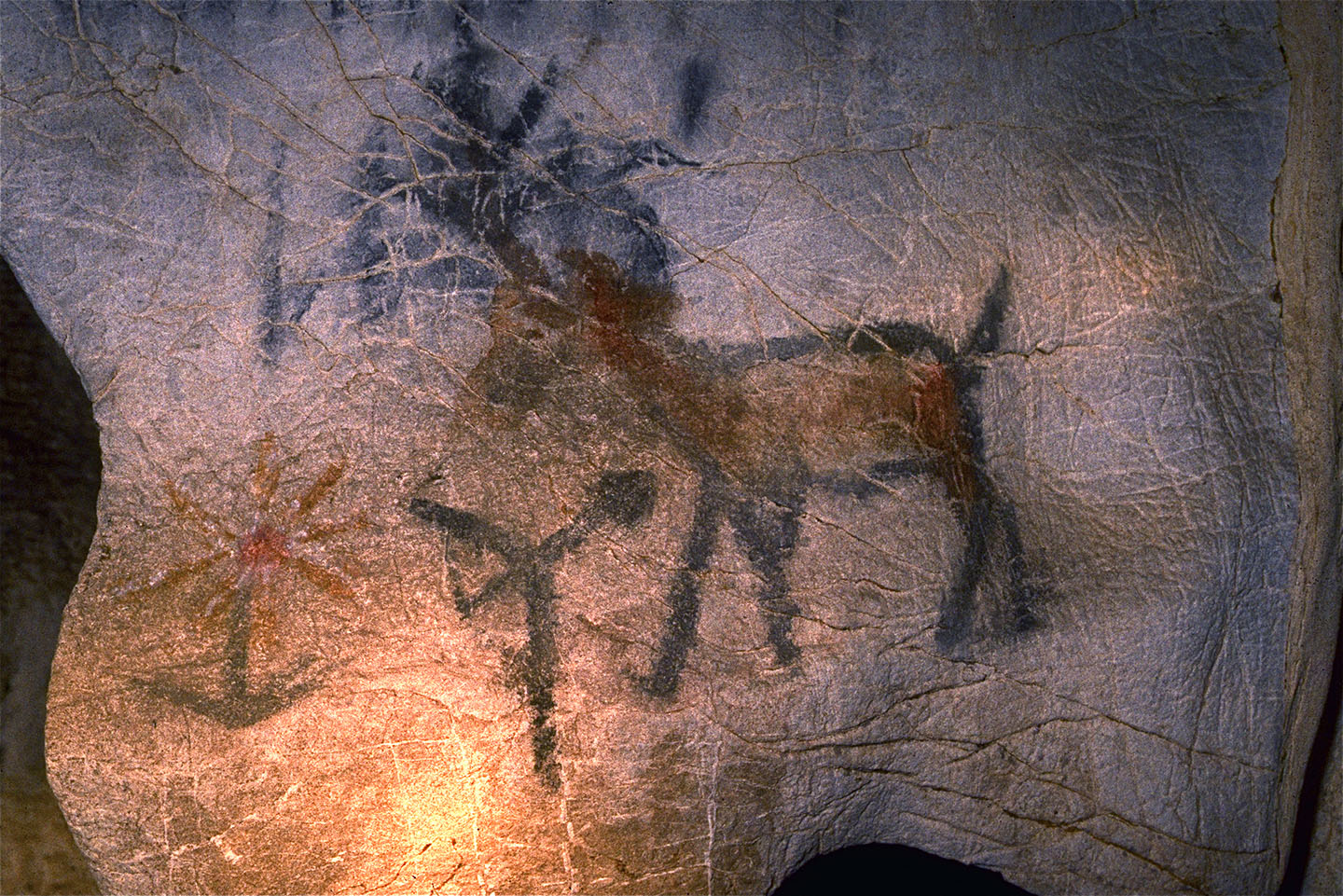 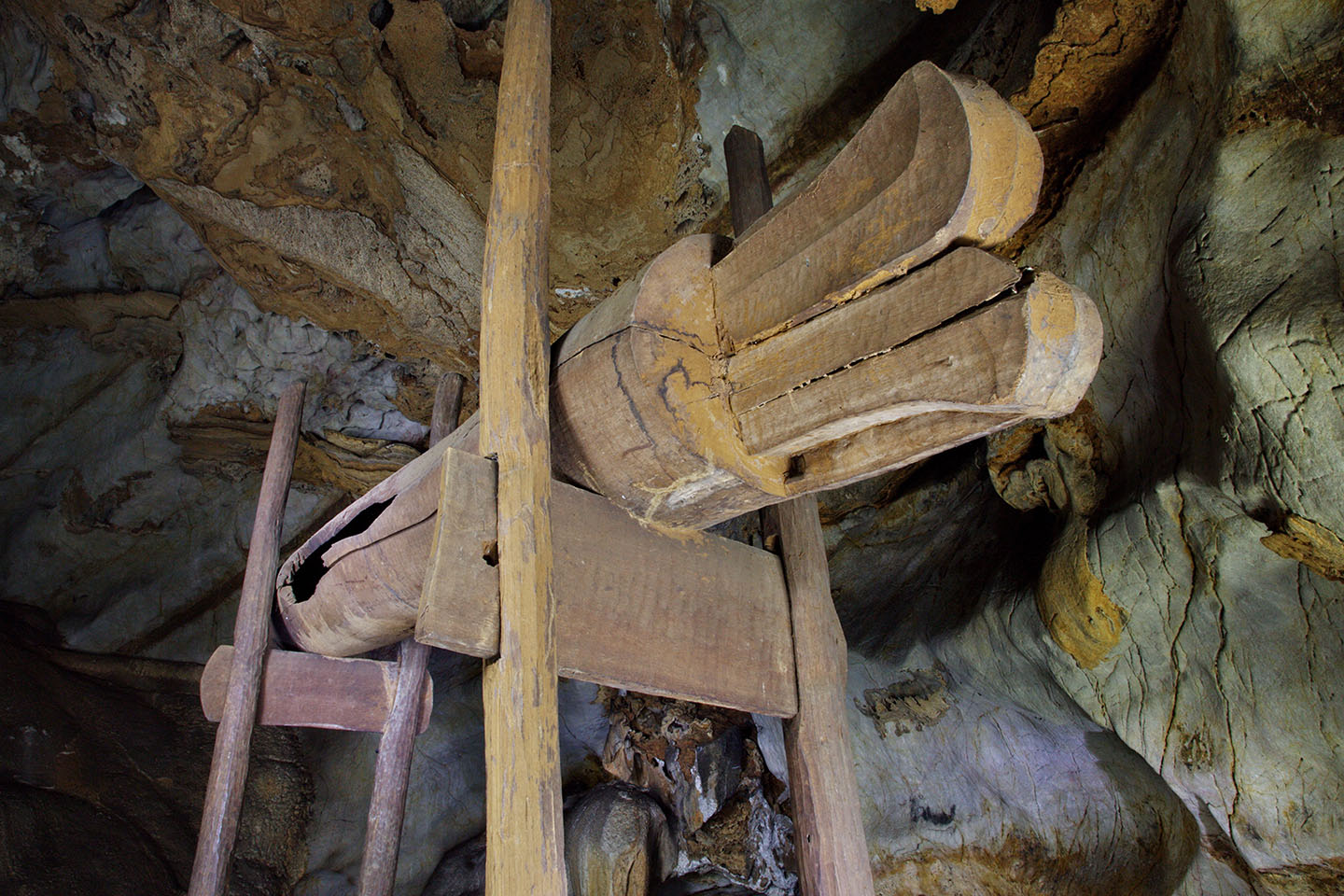 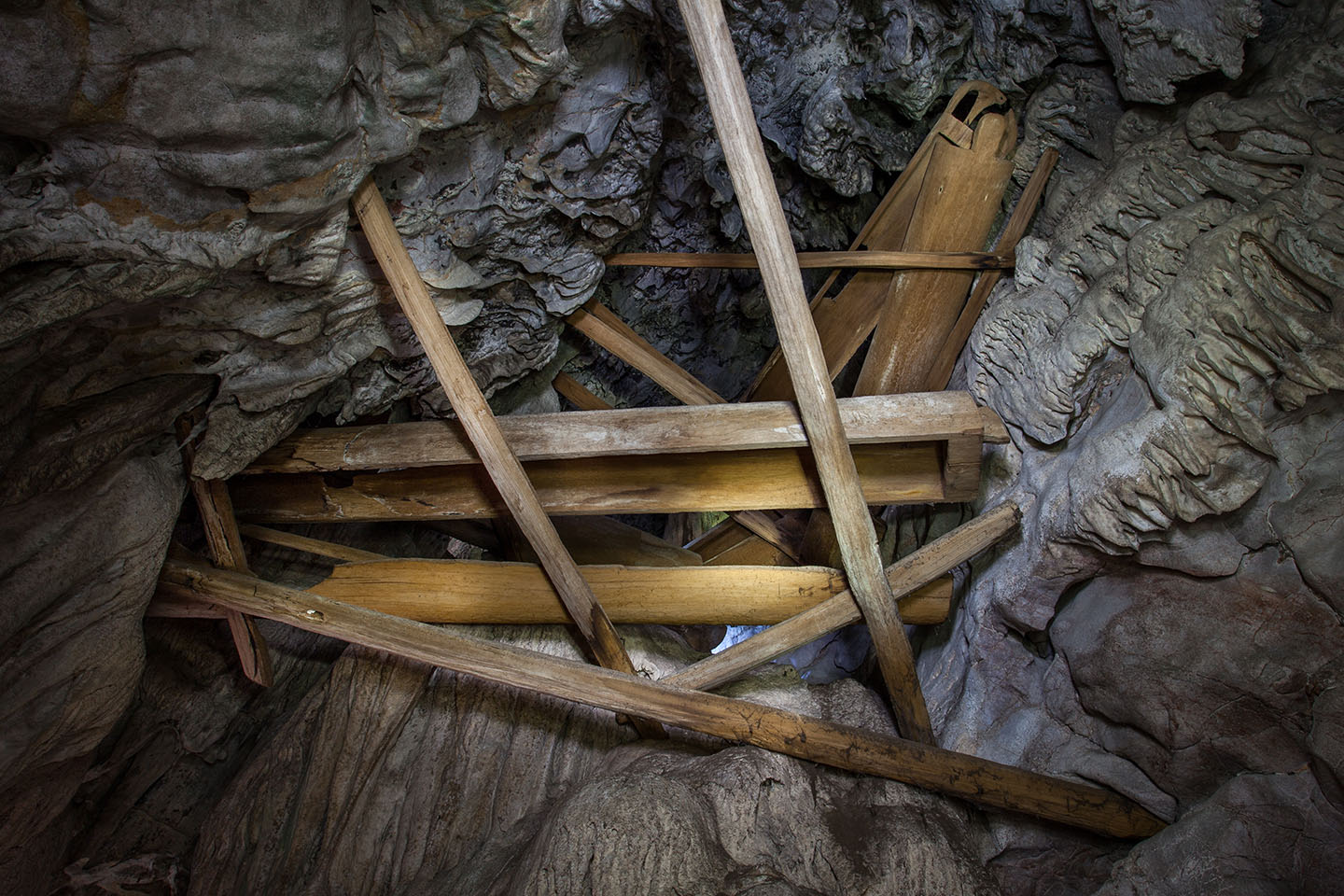 The area around Cave Lodge is rich in prehistorical and historical sites, dating from more than 30,000 BP (Before Present) until 400 BP. We have been actively involved in the discovery and the recording of hundreds of these sites during the past 30 years.

Research has been carried out in this area for many years. Below is a brief summary of this research, written by John Spies, who has been involved in most of these projects.

THE PREHISTORY OF PANG MAPHA

Some of the earliest known sites (dated with Carbon 14) were investigated by American archaeologist Chester Gorman more than 40 years ago. At Spirit Cave, 19 km west of Cave Lodge, Gorman found evidence of human habitation from about 11,500 BP (Before Present) until 7,500 BP. He also found carbonised plant remains that he thought may have been cultivated. Gorman later excavated Banyan Valley and Steep Cliff caves (also nearby) and found similar evidence of prehistoric occupation. Gorman, along with many other prehistorians, used the term 'Hoabinhian' to describe some of the cultural and material aspects of the people who inhabited these sites, a term that derived from similar sites in Vietnam. He assumed the 'Hoabinhian' peoples, often recognised by their use of unifacially flaked river cobbles as tools, had a cultural inclination towards the use of caves and rock shelters.

In Pang Mapha district (our local area) we have recorded more than 35 other sheltered habitation sites with similar stone tools. Some of these sites also have rock art, usually painted or stencilled in red ochre, decorating the cavern walls. We have recorded 12 rock art sites in our district with scenes of people and animals and abstract designs, the largest number of sites yet discovered in Nth Thailand. Tham Lod has a beautiful painting of a deer but unfortunately, due to lack of adequate protection, this painting has been virtually obliterated. Most of the other sites are in remote areas and there are no direct threats to their integrity. Indeed, very few people know of their existence, even the local hill tribes.

There has been a bias in archaeological research on prehistoric hunter-gatherers towards cave sites and, until recently, virtually nothing was known about open-air habitation sites from the period around 5-10,000 BP. This bias has been largely due to the misconception that unsheltered sites would be too difficult to locate after thousands of years of erosion and sedimentation. During the wet season of 2000, John Spies (Cave Lodge owner) and Steve Brown, both Australians, began a systematic reconnaissance of the hills and ridges within 5 km. of the Lodge. We were amazed to find evidence for extensive habitation by pre-ceramic populations who used stone tools similar to the ones found at Spirit Cave. We extended our research and have now found well over 100 open-air lithic (stone tool) sites, about 60 of which are very close to the Lodge. Virtually every well drained flat area, with minimal or no undergrowth, that is on a ridge and near to a water source, has chipped and flaked stone tools on the surface. At more than 10 sites the prehistoric inhabitants also dug wells. These sites were once occupied during the wet season and occur between 700 and 1,300 metres above sea level. We have found similar sites in other parts of Mae Hong Son and Chiang Mai provinces. The dry season campsites were probably located by streams and are more difficult to identify.

During our recent research, we also identified 11 'pinnacle peak cultural sites' from a similar period, most near to the Lodge. These sites are on the top of steep limestone peaks that loom above the surrounding forest. We have found quartzite river cobbles, stone tools and sherds of cord-marked pottery at these difficult to access sites. The only logical explanation is that the artefacts were left during a ritual or ceremony, possible as grave goods for use by the deceased in an afterlife.

At some other sites, including a Neolithic cemetery on a peak by our village at Ban Tham Lod, we have discovered ground stone tools and pottery sherds on the surface. These are from a period, about 3-4,000 thousand years ago, when people lived in villages and practised agriculture, probably growing dry rice on cleared hill slopes similar to the slash and burn farming in the area today. They cleared the forest with small siltstone axes that had ground edges that could be easily sharpened, an improvement over chipped and flaked tools.

Bronze was an imported commodity and evidence for a bronze age in our area is scant. One bronze age site is Bull Cave, discovered by American Bill Fanning. Bill is one of our regular guests who keep coming back, enticed by the areas potential for discovery and adventure. This site dates from about 2-3,00 years ago. Bull Cave is a vertical cave that requires ropes and vertical caving equipment to explore. Deep inside is an urn burial (a secondary burial of bones placed inside a large urn) with stalagmites 15-20 cms high growing on the broken pottery. A human thighbone from the burial is completely covered with flowstone. Nearby we found a unique bronze, chisel-shaped, object with a humped bull cast onto one end.

The iron age was well established in our area by about 2000 BP and there is ample evidence of intensive habitation from this period. In Pang Mapa, we have recorded the existence of 85 caves and rock shelters with the remains of ancient log coffins. Tiny amounts of wood from about 15 of these sites have been collected for dating (AMS) by Spies (Cave Lodge) and Graves (Uni. of New England, N.S.W. Aust.).

Most dates fall around 1,700 BP. These caves are called 'Tham Pi Man' by the local Shans. 'Tham' means cave, 'Pi', pronounced 'pea' is spirit and 'Man' is large or protruding. The Shans, closely related to the Nth Thais, have lived in the area for about 200 years after moving from the Shan State in Burma. They believe the coffins were used by tall, cave-lurking spirits. Most of the coffins are teak wood and are in remarkable condition considering their age. Some remain supported on scaffolding with the marks from the small iron chisels used to carve them still clearly visible. A typical coffin is a large teak log 5 metres long, split in half with the centres carved out, one half serving as a lid. The ends are often exquisitely carved with a wide variety of designs. With the deceased were left grave goods including clay pots and other possessions and tools for use in the afterlife or 'spirit world'.

During '98 and '99, John Spies (Cave Lodge) and Sally Anderson from Australia participated in a 2-year research project on caves in our area, supported by the Thai Research Fund. The researchers, headed by Dr Sittipong Dilokwanich (Mahidol Uni. Bangkok) collected data on the karst resources in the Nam Khong catchment. Part of this research involved detailed mapping and investigation of caves with log coffins. The archaeologists, led by Dr Rasmi Shoocongdej (Silpakorn Uni, Bangkok) collected vast amounts of data from about 50 of these caves. We have recorded, for instance, at least 50 different carving styles on the ends of the coffins including stylised cat and pig heads. The coffins are sometimes huge, up to 9 metres long, supported on 6 large posts with cross beams. During our research, we discovered many fascinating artefacts such as a human skull cemented by flowstone into a cave floor and a unique tooth with 3 holes drilled into the side and plugged with metal. Most of the human bones, however, have been eaten by animals such as porcupines or disintegrated over time.

We do not know who left the coffins in the caves or if, after a period of time, they left the area or changed their burial practices. The caves were used as cemeteries for hundreds of years but most caves have less than ten coffins, indicating that not everyone was accorded such an elaborate burial. Similar coffins have been found in karst areas west of Bangkok and also in Borneo, China and the Philippines but most coffin caves from this period in prehistory have been recorded from Pang Mapa, our area.

Since the time of Pi Man, the region has continued to be inhabited. About 700 years ago there were many villages of the Mon-Khmer speaking Lawa or Lua people. Evidence for their habitation include the ruins of Buddhist temples and scores of gravesites high on the ridges above 900 metres. The Lua, who has lived in Thailand for thousands of years before the Thai speaking people moved south from Sth. China, continue to live in the area but most fled north to the China- Burma border area about 400 years ago, probably during the period of warfare between the Burmese and Thais.

The Shan, Lahu, Karen, Lisu and Hmong people who inhabit the area today are relatively recent arrivals and, like the prehistoric inhabitants, they were attracted by the vast natural resources of this fascinating area

To conclude, we at Cave Lodge, have a deep understanding of the diversity and value of the natural and archaeological resources of the district. We hope that all visitors who are lucky enough to visit prehistorical sites will treat them with the respect that they deserve, and leave every site in the exact condition that they find it. Certainly, take photos and nothing else, but try to not to even leave footprints. There are several easily accessible archaeological sites near to the Lodge, including the Pi Man chamber in Tham Lod. The Nature Education Centre here also has some local artefacts on display. On the way to Cave Lodge try to visit the National Museums in Bangkok and Chiang Mai. We have never stopped exploring and are constantly finding new sites. In 2010, barely one km from the Lodge, a new Pi Man cave was discovered with 30 coffins and the well-preserved bones of more than 100 individuals. This cave has a vertical access that has helped preserved important artefacts including lacquered coffins, a painted coffin, lathed and lacquered bowls, weaving equipment and fragments of hemp cloth...a remarkable find. Dr Rasmi's team have fully excavated this site, finishing their research in 2017. If you can make it to the Lodge and are keen, it is relatively easy to discover new sites, particularly open-air lithic sites....just ask us for a good place to search.

Have a question? Let us know!

Cave Lodge is very happy to be opening again after being closed for more than six months. Our area is beautiful at this time of the year, the forest is lush and most of our amazing caving, trekking and kayaking trips are running. We hope to see you soon!